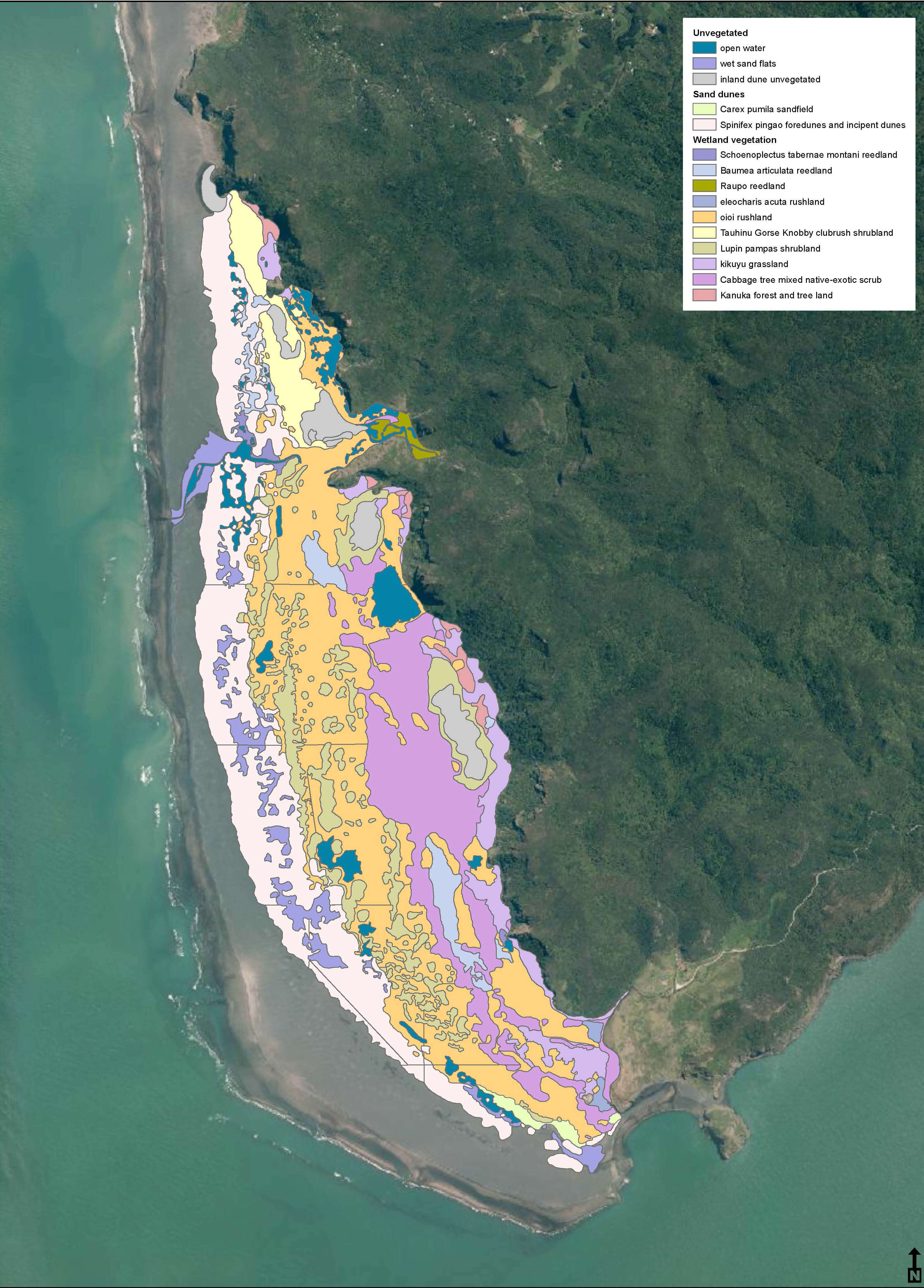 As winds and currents change so does the shape and size of Whatipu. In the 1930s dunes didn’t extend far to the north and Cutter Rock, now surrounded by dunes and vegetation was an island located in the break zone. As the land cover changed in the North Island sediments were released. The convergence of the Westland current (from the south) and the West Auckland current (from the north) supplied sediment from various rivers that slowly accumulated to form the current extent of Whatipu, (Pegman A. &Rapson, G 2005).

The project aim was to take a snap shot of the area and map the current vegetative patterns within the wetland dune systems at Whaitpu. This involved extensive field work to establish approximate boundaries between fifteen land cover types ranging from open water to kanuka forest and tree land. Land cover patterns were recorded in the field and then digitised into GIS to produce a complete land cover resource for Whatipu.